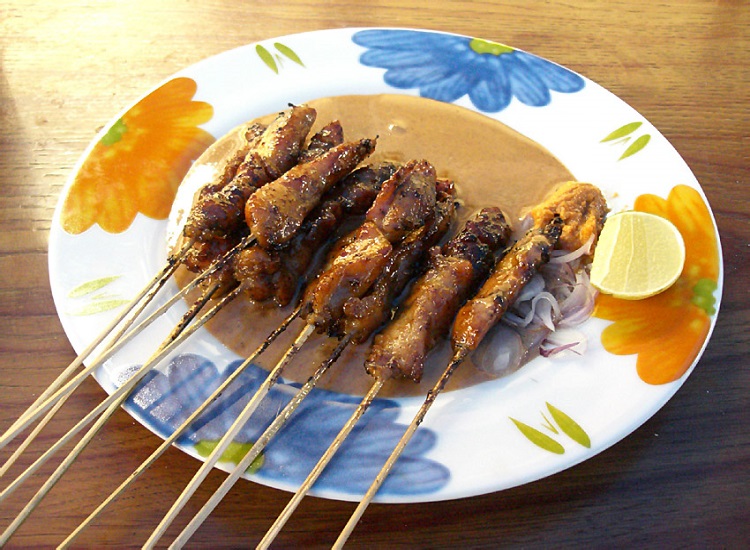 Sate is including most food fans. Almost everyone I’ve ever tasted the culinary-based meat. Meat skewered on a stick or bamboo is a very popular food in the archipelago.

Indonesia is rich in ethnic, traditions, and ways of cooking has given rise to various types of sate, including sate Padang, sate Madura, and various other sate. Well, in Aceh there are also culinary no less tasty sate with sate from other regions.

Sate we mean is sate Matang. When you come to Aceh, you shall taste the typical sate Aceh. Because it seems no less tasty sate other areas, and will definitely keep you hooked want to try again. For those who first heard the word “Matang” is definitely her alleged “Cook”. But it turns out, the allegations were false. This is a Matang district where sate name is derived, namely Matang Glumpangdua districts. Matang Glumpangdua are on the border between North Aceh and Bireuen.

Sate Matang is very easy to be able in all major cities in Indonesia. As with other sate merchants cart, you can see the writing reads “Sate Matang” in carts sate seller. And usually this sate Matang served with a bowl of soup broth and peanut flavor. In addition to mutton, beef is also used as meat sate this Matang. Meat that has been cut into small pieces is pinned on the puncture, and then soaked in batter seasoning spices such moments. Then skewers ready to bake in the oven.

To complement, not forgetting the typical goat broth as a sprinkling of chives. The number of spices in the broth, making broth produces a strong aroma, fresh, and soft. The smell of spices such as cardamom, star anise, cloves, cinnamon, and pepper. When I tasted this sate Matang in Matang Glumpangdua Bireuen a few days ago, in addition to the typical goat broth, seems also a bowl of peanut sauce that looks very good. You can add this satay dipped in peanut sauce, guaranteed to make this sate even shake your tongue.

In contrast to Aceh Besar, where curry goat served as a lunch menu. The Sate Matang can say the dinner menu because more are sold in the evenings, although there also are present during the day. If you do not have time to Bireuen or more precisely in Matang Glumpangdua, in Banda Aceh and in other cities in Aceh can you meet these Sate Matang. Even in big cities throughout Indonesia are also many who peddle sate Matang.

Do not forget to try the sate Matang typical of this Bireuen. And also see other typical culinary Aceh when visiting Aceh such as MieAceh, and Pulot easy encountered in a coffee shop (warkop).

Best and Cheap Places in Istanbul

How to Find Hotels at Cheap and Reasonable Price

Best and Cheap Places in Istanbul