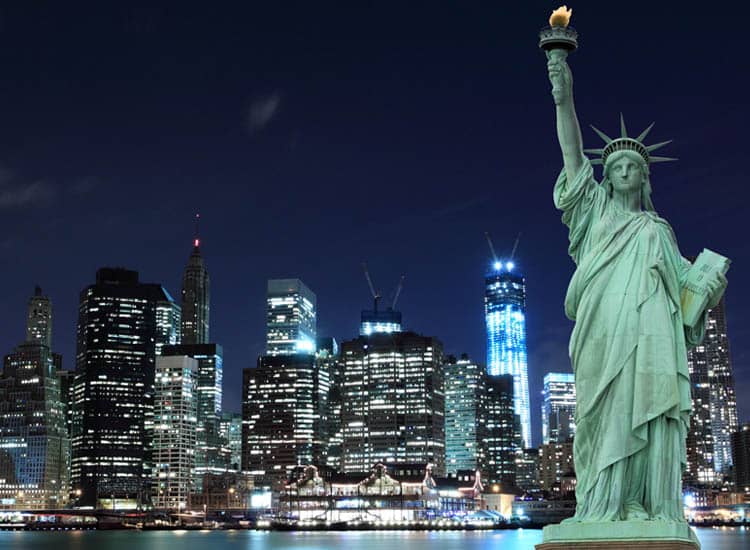 Surely the most famous public park in the world. We could say that even if we visited this place once a day for the rest of our life we would find something different, and I do not mention this because of the greatness of the park but because of the people who inhabit it and give life to this photographed place on the planet.

On a personal level what I liked the most was that after a beating walking and discovering the park, I could lie down on the lawn and watch baseball games while enjoying a hot dog in one of the hundreds of Central Park stalls. That’s right, beware, a ball hit me! Walk through the largest recording studio in the world.

We are not really aware of all the movies or series that have been recorded in New York. Walking through the streets of the tourist capital of the world can be a joy, because we can feel like an American film scene.

As a follower of the How I Met Your Mother series, as I met your mother, I sometimes relived sequences of the series in emblematic places like when Barney visits the top of the Empire State Building. By the way, in street 240 West 55th Street you can visit the Mclarens bar that gives importance to this series that if you do not expect the same decoration as the writers went to this bar to format the series, the only similarity is the street and that is Irish.

The square of the world where you will not mind seeing advertising is a place that leaves no one indifferent. At night it becomes a special place that shines and shines on the dark sky of New York.

A place to immortalize in the memory, to be photographed in each corner alone or with the funny human pets that have proliferated so much in recent times. It is hard to see as many smiles per square meter as in this square where New Yorkers celebrate the end of the year, as do the locals in the well-known Plaza del Sol.

In this city two buildings stand out above the rest. The Empire State Building and the Rockefeller Center

No less important are those of the Top of Rock, I recommend visiting one day and another at dawn to see how it is done at night, New York is one of those cities that changes completely from night to day.

The other New York

We can still find places before the great skyscrapers of the city, proof of this is the St Paul chapel

Built centuries ago, has survived the fire of New York centuries ago and the fall of the twin towers, this place is located in front of Zone 0 and was where the firefighters and police who helped the victims that fateful September 11 went to take refuge. of 2001.

I consider this city an ideal place to visit for 5 days in a quiet way, that if I recommend renting a car with   Miles Car Rental New York to visit nearby important locations such as Philadelphia or Washington DC.

For those who do not know, Philadelphia was the first capital and we can live in the most primitive United States architecturally speaking, with the oldest residential street in the country or its British colonial architecture is a place that we must take into account since its historic centre is a great beauty.

Washington DC is the capital of the United States, a city that deserves to be visited as most of its monuments and places of interest are within walking distance. Places like the congress library, the capital, the White House or the monolith a … They await us in the city where the president of the country resides. Also very close to there, we have the largest and most important military cemetery in the world, Arlington Cemetery.

Why Sailing Holidays With Sailing Nations Is So Much Fun?

A Party Bus for All Events

Visiting Beaver Creek for Your Next Colorado Ski Vacation